Why Drone Pilot Licensing Enforcement is Key to Public Safety

On June 17th, 2019, the Toronto Raptors celebrated their NBA Championship. Toronto City officials estimated that over two million people attended the parade. Needless to say, security was a priority, with police officers posted at all key intersections. And yet, after the parade was over, a youtuber (Toby Guu) posted low flying drone footage of the parade.

Not even three weeks before he recklessly flew his drone over a large crowd of people, Transport Canada’s new drone regulations came into effect. Anyone familiar with these new regulations would quickly understand that his flight was so wrong in so many different respects. And despite the heavy police presence, he was able to fly his drone over large crowds (that’s a no-no) unimpeded, uninterrupted.

Where was the enforcement?

There was no enforcement to be found…anywhere!

And yet, it’s not the parade goers fault that there was a rogue drone

You would expect the police to be aware of the drone regulations, but the average joe (or jane) party goer, not so much. In the early days of any new regulations, there will be a certain amount of ignorance, and that is normal.

But ignorance is not a defence. This is especially true of anyone operating a drone. Once you are aware you need a license, if you fly without a license, then you are guilty, guilty, guilty. And if you are simply a bystander (and vaguely aware of the regulations) and see someone operating a drone in a busy public space, make law enforcement aware.

So how does Transport Canada raise public awareness?

Enforcement. Publicized enforcement. That’s right. Fine the rogue drone pilots to the maximum allowable fine and then publicize. Conduct a press conference. Call in the major news outlets. Get the word out via community out reach by police officers. Then rince repeat over and over and over again. Word will get out. Fines work.

If he had been apprehended, Toby would have been fined:

$6,000 of fines would have gotten the attention of the public and more importantly any rogue drone operators out there.

Unfortunately, there was no apprehension, no fine

Global News tracked down Toby (after he posted his video to youtube) and interviewed him (remotely) where he was sitting comfortably in his home…in Prague, Czech Republic.

I donna know, it’s a small thing…worse case scenario is it bonks you in the head!

But these regulations need to be enforced to ensure public safety

And how can we ensure the regulations are enforced?

2. Anyone that owns a drone that is more than 250 grams, you need to get at least your Basic Drone Pilot Certificate…Click here.

So please don’t be a Toby (or know how to spot the Tobies!)

If you are an aspiring drone pilot, don’t be a Toby. Get licensed. If you are a member of the public that cares about public safety, take 10 minutes to read up on the basic rules. Know enough that you can spot potential Tobies…and report potential Tobies to the police.

Got questions about using our services?

If you’re looking to hire a licensed drone pilot for whatever aerial imagery needs you might need, that’s all we have at FreshAnalytics. The best way to find out if we can help, fill out this form, and we will be in touch no later than the next business day…and maybe sooner! Click here. 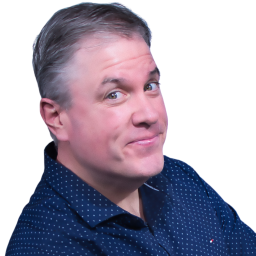 Do good. Have fun. Do what you like. Peter lives by those words. Whether it's flying his drone, scanning commercial and industrial properties for reality capture, helping Canadians (and the world) improve their financial standing, or helping businesses with their digital marketing challenges, the end game for Peter is doing good, having fun and doing what he likes.